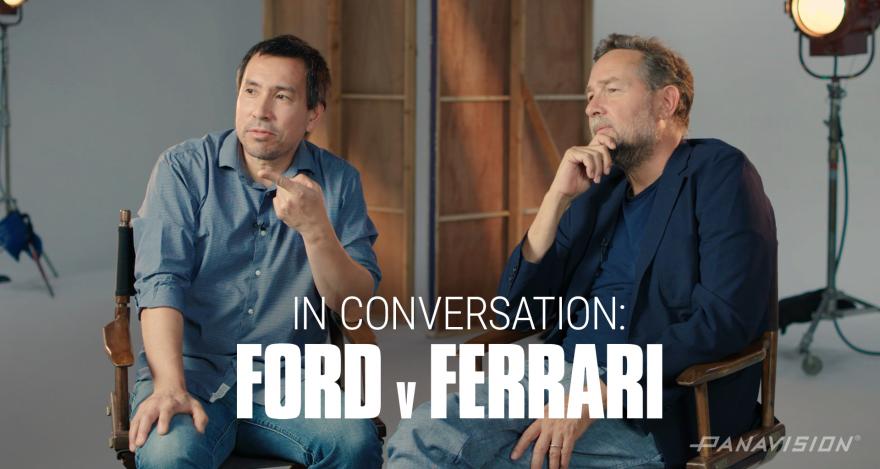 Phedon Papamichael, ASC, GSC has a long history with Panavision lenses, having used them on many of his best-known credits including 3:10 to Yuma, The Weather Man, Sideways, W., The Descendants, The Ides of March, The Huntsman: Winter’s War, and Nebraska, the latter of which brought him an Oscar nomination. The range of styles, directors and stories on that list speaks to the cinematographer’s versatility.

Now, with James Mangold’s Ford v Ferrari, Papamichael has framed another completely different tale, this time set in the competitive world of 1960s automobile racing. The script presented fantastic visual opportunities in terms of the period, the design of the cars, and the depiction of speed. Still, the acting chops of Christian Bale and Matt Damon are at the heart of the film, which portrays the friendship between car builder Carroll Shelby and driver Ken Miles. In 1966, they achieved what was considered impossible – beating Ferrari at Le Mans – and to this day, their GT40s remain the only American-built car ever to win at the iconic road race.

Looking for inspiration to films like Grand Prix, shot in the late 1960s on the Super Panavision 70 anamorphic format by Lionel Lindon, ASC, Papamichael and Mangold devised an approach that depended on hard-mounted cameras to deliver a sense of what it’s like to be in the cockpit. They avoided visual effects and the swooping, Russian-arm racing footage that has become common today, deeming them anachronistic to the period, and welcomed the vibrations and G-forces experienced at high rates of speed. Lenses were chosen with this aesthetic in mind, as was the ARRI LF camera, which offers a larger image area and different depth of field and other distinct optical characteristics.

The only hitch in the plan was that Papamichael’s beloved C Series anamorphics didn’t fully cover the LF’s bigger sensor area. “I like the painterly fall-off quality of medium format lenses,” says Papamichael. “I was looking for that quality, but I also wanted the characteristics of the Panavision C Series anamorphics. I asked Dan Sasaki at Panavision if he could adapt the C and T Series to cover the larger sensor. He said that he could expand them, and somehow, he managed to get them to us a day before our shoot! That meant no testing, but I instantly loved the result. Dan customized the T Series slightly to take the edge off their usual sharpness, and to match them to the C Series so we could intercut them smoothly.”

Over the course of five feature films together, Papamichael and Mangold have developed a shooting style that prizes being physically close to the actors – what Mangold calls being “in the arena.” The close-focus capability of the T Series Panavision lenses was an important advantage.

“I would have been happy to shoot everything on the 30, the 35, and the 40mm,” says Papamichael. “With this combination of optics and sensor, even if you're in tight, you're not isolating your actors. You always feel the environment, and you’re able to compose with all of their surroundings. You feel the proximity of the other cars, which are all being driven with intricate and precise choreography. In normal circumstances, I might avoid those focal lengths because of potential distortion. But something about the expansion that Dan did made them look great.”

Papamichael says that the low-light capability of the cameras and the expanded Panavision lenses was a terrific combination. “There’s something there that’s just beautifully cinematic,” he says. “I’ve seen a lot of DIs, mine and others, and this one really feels like it has a film quality – the textures, and the grain, and the colors. The contrast is closer to that of a film stock. The flares are all natural and really beautiful.”

Regarding Mangold, Papamichael says, “Jim’s strength is always to define these strong and human characters and make them feel true and not stylized. As we’re trying to portray these characters, we keep the lighting simple, working with the natural light, embracing the limitations of the location, and not distracting with fancy camerawork. That doesn’t mean it’s not cinematic. We just work in a classic cinematic language that works in every genre.”

Ford v Ferrari has been included on many shortlists for the Best Cinematography Oscar. Papamichael is currently shooting another period film, The Trial of the Chicago 7, with director Aaron Sorkin. On that film, he is using the same combination of ALEXA LF and expanded Panavision anamorphics.