The cinematographer takes Panavision behind the scenes of the feature, which she captured with DXL2. 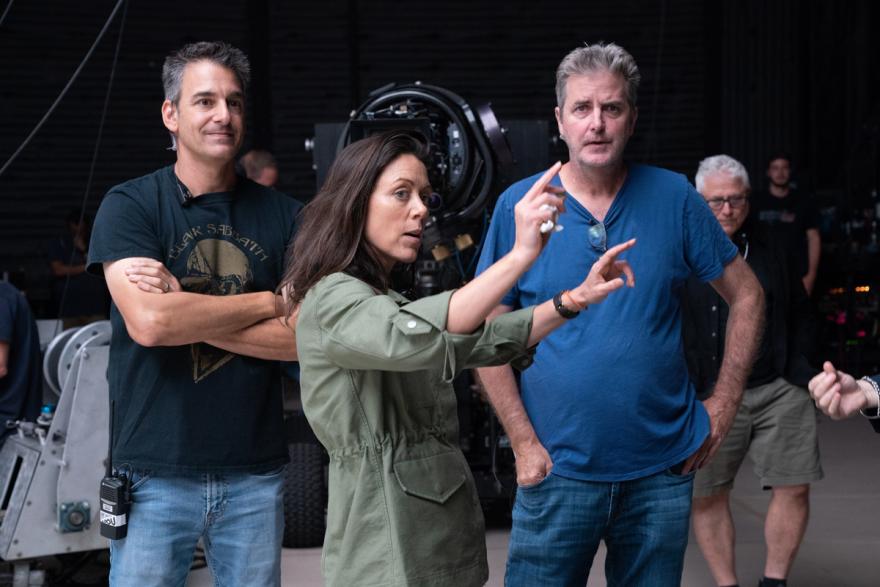 Lucy In the Sky is the story of an astronaut who, on returning to Earth, begins to fall apart and lose touch with reality. Co-written and directed by Noah Hawley, the film is inspired by the real-life romantic drama of a U.S. astronaut, and stars Natalie Portman as fictional character Lucy Cola.

“Written into the script was a lot of magical realism that charted Lucy’s emotional decline and helped the viewer to go on this journey with her in a very visual way,” Morgan says. “There was a lot for a cinematographer to tuck into.”

Most notably is a bold use of aspect ratio to chart the central character’s emotional freefall.

“When we find Lucy in space, she has this sense of immense freedom and the screen reflects that in widescreen format,” Morgan explains. “When she returns to Earth, she feels a sense of claustrophobia, of everything constricting her, so that’s illustrated in the frame itself where we move to a squarer 4:3. It echoes her breathing. When she feels relaxed and free with a sense of wonder the screen opens up to reflect that, and when she feels overwhelmed and trapped, the frame boxes her in.”

The transitions between aspect ratios were suggested by visual cues in the script. “For example, as Lucy goes through a doorway, we’d use the darkness of the frame to take us from widescreen to 4:3. Or we’d match the light of the space shuttle entering the Earth’s atmosphere with a bright light bulb at a doctor’s office to switch from widescreen back into 4:3.

“We discussed the transition elements a lot during pre-production so it would work without jarring the audience out of the story,” she says. “Noah and I had used aspect ratio changes on Legion to complement the story. Here we used light and darkness and set design as well as camera moves to translate the concept smoothly to the big screen.” 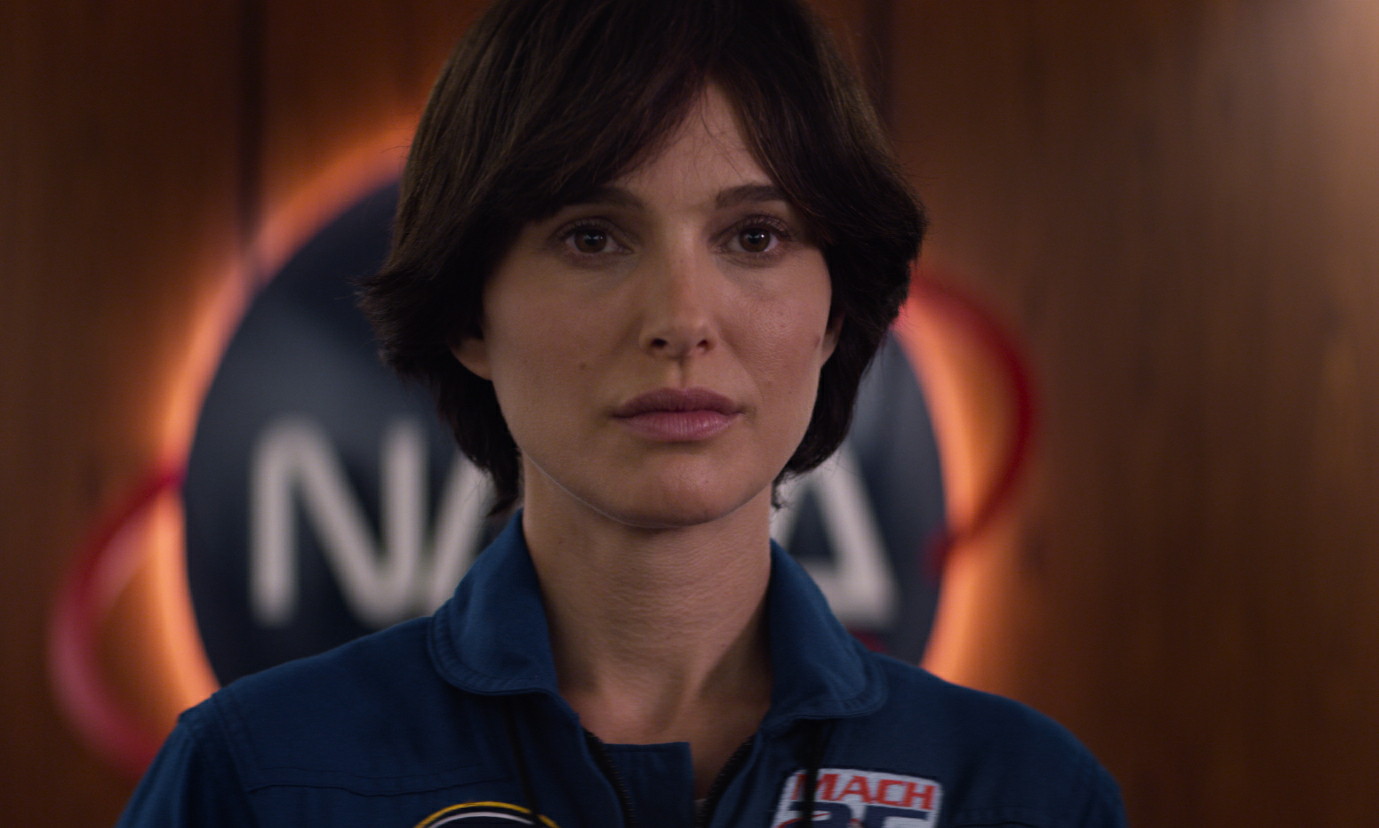 The desire to convey the central character’s altered state through aspect ratio and distortion convinced Morgan to choose anamorphic glass. In turn, that meant selecting a camera which would enable them to crop 4:3 from anamorphic 2.39:1 widescreen without losing detail in the image.

“We tested a number of large format cameras but DXL2 seemed the perfect choice,” she says. “Shooting on the MONSTRO’s 8K sensor allowed for both anamorphic squeeze and extraction of 4:3 from the 2.39 capture for a 2K deliverable. We shot REDCODE raw at 4:1 compression and 6:1 when we went to high speed.”

She adds, “I was really impressed with not only the sensitivity of the native 1600 ISO chip and its latitude but also its color rendition which felt very organic. Everything just pointed to using the DXL2.”

In order for Morgan’s choice of G Series Primes to work with the format, she worked with Panavision’s Guy McVicker to customize the set. 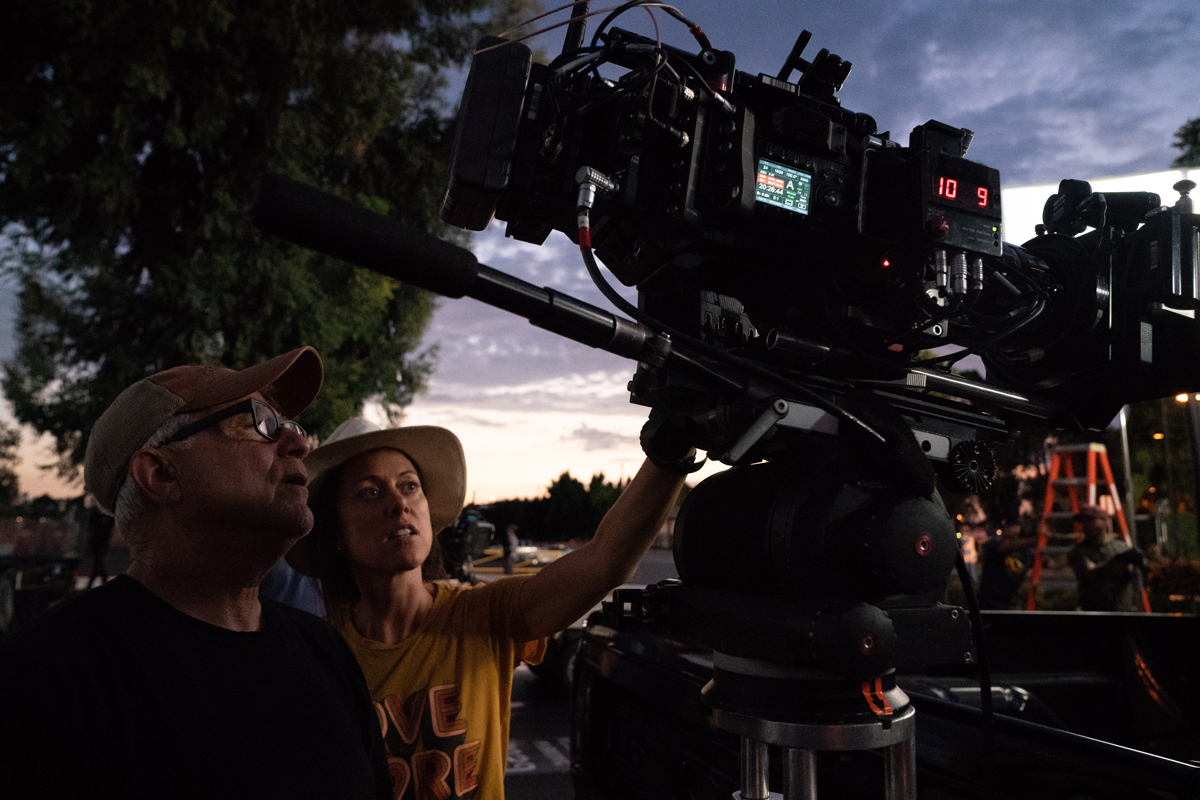 “Panavision adjusted the G Series to cover the large sensor, but it still optically stretched the image to the limit,” she says. “I fell in love with the look because when you took the 4:3 extraction from the 2.39 it gave this interesting effect where just the top and bottom of the frame had focus fall off and where cropping in at the sides helped us to focus sharpness in the center – to punctuate the fact that Lucy is not seeing clearly and her world is distorted. I felt the lens gave a very painterly quality to the image and a softer, more feminine approach to the story. The optical artifacts helped deliver that.”

Since a portion of the story is set in space for which several sequences required visual effects, Morgan decided to shoot these spherically and at full resolution 8K.

“Scenes of NASA’s underwater training facility were going to require particularly heavy VFX, so after some debate we decided to approach that dry for wet and to shoot it clean, full sensor, and spherically using Primo 70s. We added anamorphic optic effects to match the G series in post.”

She also deployed spherical 35-200mm glass from Panavision for an infinite zoom effect to convey the out of body moment when Portman’s character hears news of her grandmother’s stroke. 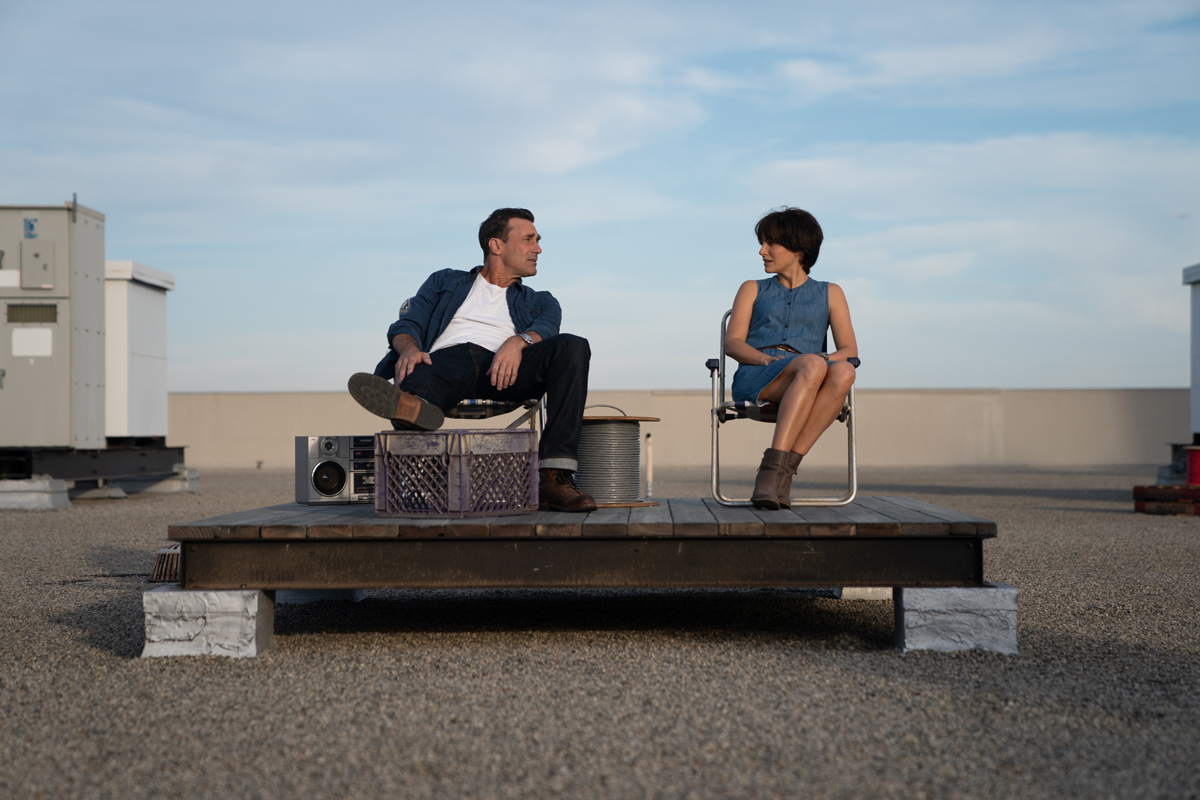 “We shot still plates at Lucy’s house at night and then down an east-facing street through dawn into morning so you can see the sun rising in the plates,” Morgan explains. “VFX stitched those together to create a factual zoom. We then shot Natalie standing in front of an open elevator against blue screen in which we comped the infinite zoom plates. We created interactive moving light to tie Natalie into the plates and created movement by placing her on a dolly which is then pulled back and moved down a hallway in the hospital into her grandmother’s room. The audience feels as if they are being pulled in a continuous shot from the house, down the street, and into the hospital.

“The idea is that when you suffer traumatic news, time kind of disappears. When you think back to how you got somewhere you can’t remember the details. It’s one of the magical realism elements we used to illustrate Lucy’s mental state.”

The film is designed in primary colors – red with blue and green reflecting the natural world. “We wanted to have quite a vibrant color palette to contrast with the cool tone throughout the film. That was established on set and continued into the DI.

“We really tried to protect highlights and have them roll off and to expose with quite subdued tones which was helped by the sensitivity of the DXL chip,” she adds.

Morgan notes her relationship with Panavision began early in her career. “I would go to Panavision in my spare time and label camera cases and filters for any production that would let me,” she recalls. “I’ve grown up with Panavision and I’ve always been a fan of their optics, so it was natural to turn to them for Lucy in the Sky.”