Playing Tricks With the Mind

Cinematographer Jas Shelton achieves continuity with a twist using DXL2 for the return of Homecoming. 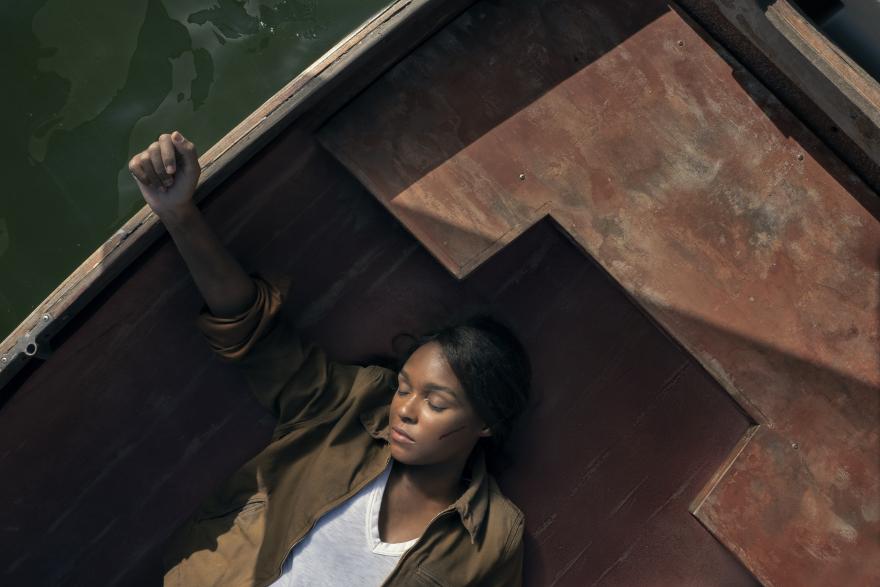 The psychological thriller Homecoming returns for its sophomore season with fresh twists, nail-biting cliff-hangers, and more of the unnerving cinematography that characterized the critically acclaimed first run.

Cinematographer Jas Shelton and director Kyle Patrick Alvarez took the reins for all of Season 2, following the work of DP Tod Campbell and director Sam Esmail on Season 1. For Shelton and Alvarez, who had previously collaborated on the features C.O.G. and The Stanford Prison Experiment, their challenge with Homecoming lay in maintaining continuity with the storytelling that made the first season of the Amazon Prime original so distinctive while finding a new visual language for a timeline that overlaps and extends the drama. 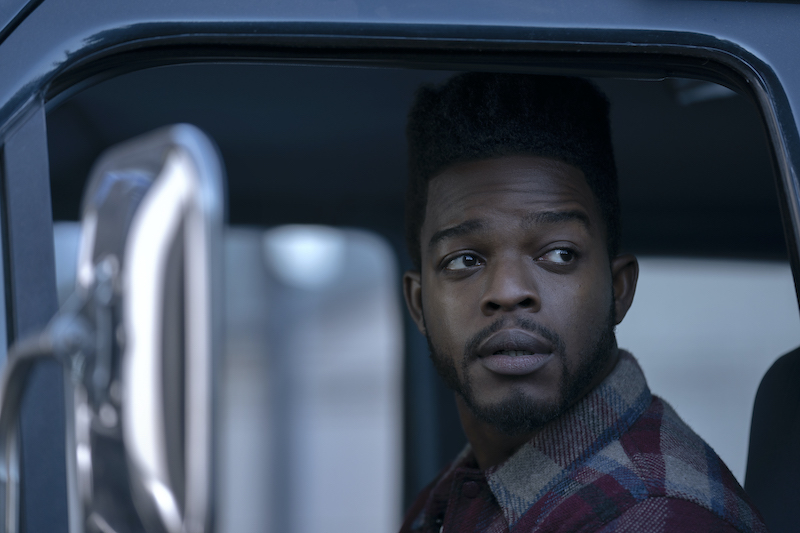 “Our intent was to deliver continuity with Season 1, for example in color palette, the use of long takes, and a subjective point of view, but to find a new camera language to tell some new ideas,” Shelton explains.

The setup for Season 2 finds lead character Jackie (Janelle Monae) waking up in a row boat adrift in a lake, unable to recall her name, birthday or address. Her ensuing search for identity will lead her into the heart of the Geist Group, the unconventional wellness company for war veterans behind the Homecoming Initiative.

“Our camera package was guided by Season 1, but that was not the only reason for continuity with the Millennium DXL2,” Shelton explains. “We wanted to shoot with a large sensor and shallow depth of field. The Light Iron color science in the DXL2 maximizes these attributes to create beautiful images."

He continues, “I’ve worked with the DXL many times before [including on the feature Like a Boss and the series Soundtrack] and I keep coming back to it. Each digital cine camera can be treated like film stock in that you select the sensor that will give you the right look for the particular project at hand, but I really like the color science of the DXL. It’s not just what you can capture off the sensor, it's what the Light Iron color science is able to do with the image that is impressive." 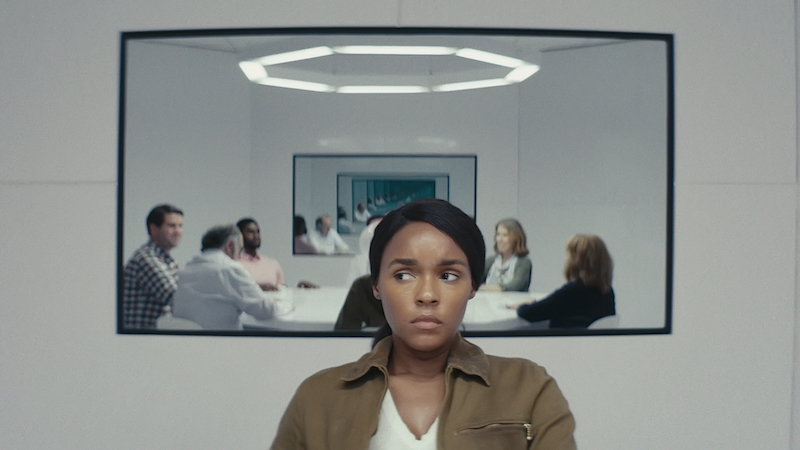 As with Season 1, Shelton paired the camera with G Series anamorphic lenses that were modified for the show. Panavision’s Guy McVicker explains, “Through the use of some new proprietary processes and unique adjustments, we were able to give Jas the opportunity to really embrace the aesthetic that anamorphic has to offer. The larger imager of the DXL also gave us more negative to exploit and stretch.”

Shelton adds, “The uniqueness of the anamorphic aesthetic was heavily embellished, yielding a much stronger curvature of the field and additional obliqueness in the bokeh. Also, the contrast was lowered, the sharpness reduced, and the gradation of focus from sharp to soft enhanced.

“We recorded full-resolution 8K in compressed 7:1, sometimes dropping to 3:1 for scenes with heavy VFX,” he continues. “It was important to obtain the maximum information from the sensor and to cover the anamorphic glass, which lends a 3D quality to the visuals.”

While the first series used changing aspect ratios to relay different story timelines, Season 2's filmmakers opted to lean into a cleverly calibrated color design. Shelton explains, “We decided to keep anything that takes place in Geist’s headquarters as sun-kissed and warm, and we made a different LUT for scenes with Jackie. This is apparent from the moment she wakes up in the boat and goes on her journey of self-discovery. It emphasizes dark blues, cool greens, and a gothic palette — especially in the first part of the show — with lots of fluorescent lighting built into the sets.” 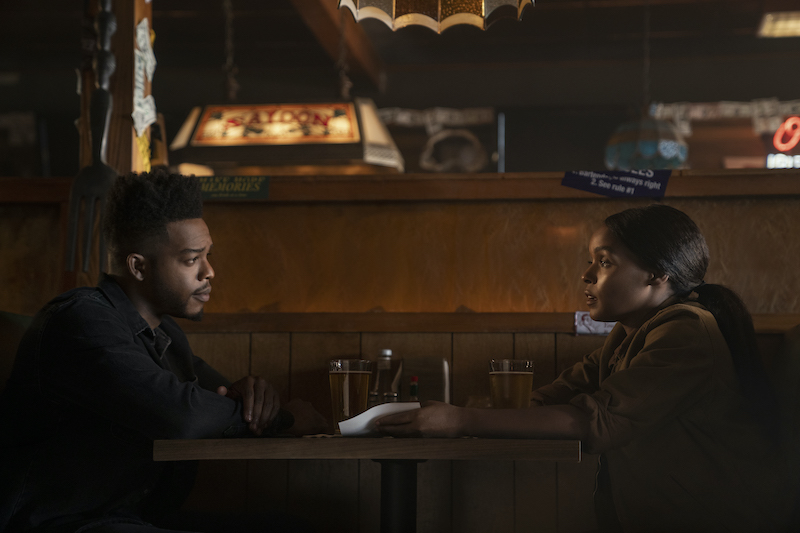 Because of the complex nature of the show, Shelton used meticulous storyboards. This is also reflective of his close collaboration with production designer Nora Takacs Ekberg. The wide range of locations meant, for instance, shooting exteriors at the Big Sky Movie Ranch in Simi Valley, Calif., and then traveling south to Torrance for Geist HQ interiors, which posed their own complications because there was only eight hours of daylight and the facility had a giant sun roof. “Trying to create a daylight look in there that we could use for 12 hours rather than eight was challenging,” the cinematographer says. “Then we went up to Lake Arrowhead for a week, shooting out on the water quite a bit for the opening sequence.”

“Kyle wanted shots of Jackie to have this subjective point of view so that the audience is always following with her and experiencing her discovery,” Shelton notes. “The idea was to never let the camera settle until she comes face to face with Audrey Temple [played by Hong Chau] at the end of the second episode. 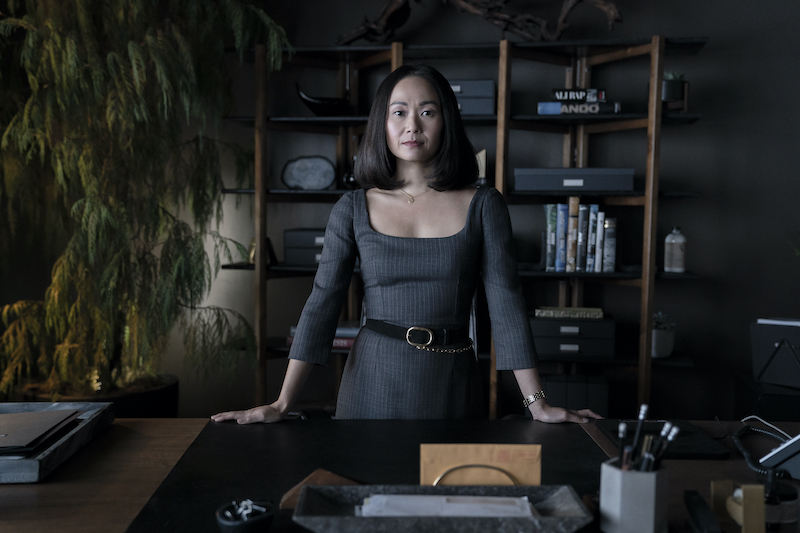 “To underscore her state of mind," he adds, "we borrowed ideas from the movies of Pakula and Brian De Palma where the camera has a very probing quality to it.”

Shelton mounted the DXL2 on an Oculus gimbal head and moved it on a dolly to convey a floating camera movement. “The design of the camera makes it easy for me to devise shots,” he reports. “We play with POV by using wider, more deliberate angles and longer takes in the early episodes, and then, as we unravel the mystery of what happened to Jackie, we employ tighter, more frenetic handheld shots in the later episodes.

“DXL2 just suits the way I want to work,” he adds. “Its look is very filmic and soft, especially when using depth of field. The colors are muted, not overly punchy, whereas with other cameras the results are more saturated and I have to reign them in.” 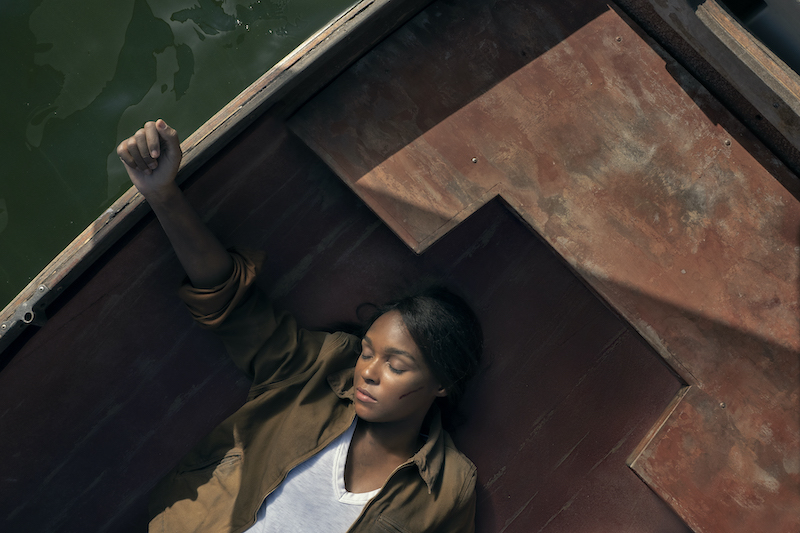 The final shot of Episode 1 features one of the series’ elaborate long takes. The setup starts with a close-up of Chris Cooper (portraying Leonard Geist) in a farm field. As Cooper walks into his farm house, the camera, on a Technocrane, pulls back with him. The move then continues through the house and out of the front door, landing in a high, wide establishing shot of the farm.

“The exposure range between the day exterior of the fields and the dark interior of the farm house was fairly extreme,” Shelton explains. “It was important for us to maintain a shallow depth of field with Chris, so that the fields in the background were somewhat soft and hidden, preserving the reveal of the farm for the wide viewpoint at the end of the shot."

To navigate that exposure range, Shelton employed the Panavision LCND filter system, which can be dynamically adjusted across a 6-stop range of neutral density, from ND0.3 to ND1.8. “The LCND system proved to be the perfect solution,” the cinematographer shares. “Rather than having to do an iris pull and starting with a deep stop that lets the audience see too much of the background, we were able to start at a T4 and maintain that stop throughout the entire shot, despite the extreme exposure shift. The exposure pull was seamless with the LCND — very smooth and graduated as the camera transitioned from the exterior to the interior and back again. It’s a truly remarkable tool that has become a permanent fixture in my toolkit.”