With the fourth season of Greenleaf, the enthralling saga set in an African American megachurch, James Chressanthis, ASC, GSC explains how the creative team took the show to new heights.

With the fourth season of Greenleaf, the enthralling saga set in an African American megachurch that premiered on OWN this month, James Chressanthis, ASC, GSC explains how the show’s creatives wanted to take the show to new heights.

“From a story perspective we wanted to strongly advance the character arcs of our large ensemble cast and aesthetically we wanted to continue to revitalize the show’s look, albeit in subtle ways.”

Chressanthis boarded the show in early 2018 for Season 3, at which time he paired the RED DSMC2 camera with the 8K HELIUM sensor and Cooke i5 lenses.

“I shot the first DXL camera, which shared the same RED sensor architecture, and I loved the natural look that could be achieved,” he explains. “Greenleaf is essentially about the conflict between the flesh and the spirit, characters trying to be good and failing. There is the whole range of human goodness: deceit, frailty, bravery, and joy and visually I wanted to capture more of that in this new season of the series.”

"As a colorist it is refreshing to be involved early on... Jim and I were able to collaborate on the look of the show before dailies began." —Nick Hasson, Senior Colorist, Light Iron

In approaching Season 4, that meant a greater lens palette, to which Chressanthis turned to Panavision’s Dan Sasaki. With the encouragement of Virgo to push the look even further, Chressanthis took the prototype Panavision DXL-M camera kit – which is a proprietary module and a Panavised DSMC2 camera with HELIUM sensor, that extends the DXL2 ecosystem into the smaller form factor – and paired it with Panavision special optics.

“It’s a slimmer version of the DXL2, very light, with terrific balance when handheld. I know my Steadicam operators like it – although they said, ‘don’t make it any lighter!’ Ergonomically it reminded me of all the great handling qualities of Super 16. 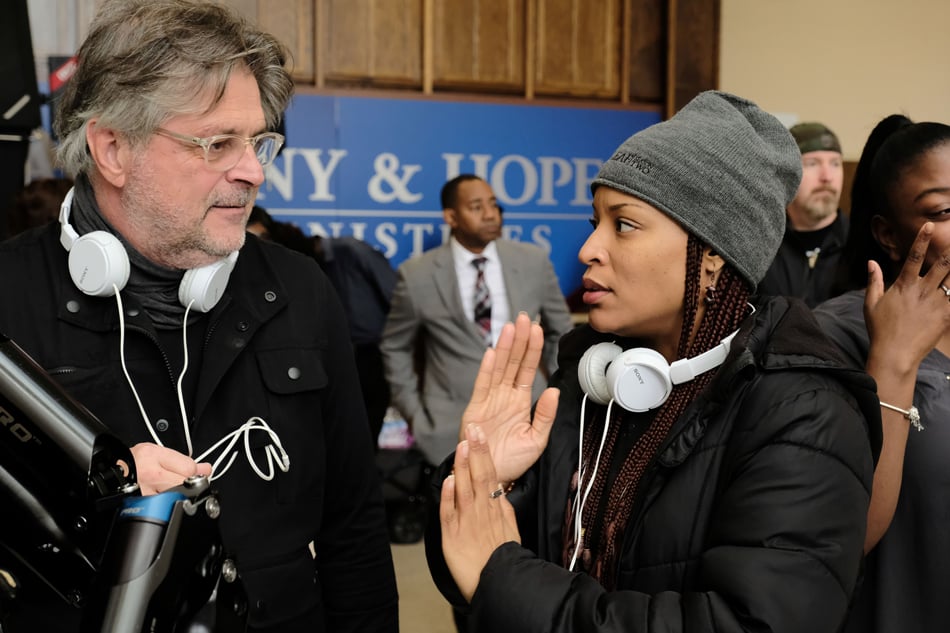 He adds, “One of the reasons I went to Panavision was not only because of my previous experience on dozens of projects but also shooting The Family for ABC,” he adds. “It was a show with a similar vibe to Greenleaf and I knew I would get great support from Dan Sasaki and his team, creating custom optics."

In December 2018, Chressanthis put a range of lenses through an extensive two-day test at Panavision in Woodland Hills. “While digital has its merits, it can easily look too sharp, so I was looking for something softer, more natural and even imperfect. I looked at lots of different glass before settling on the classic Primo Primes.”

With the producer’s blessing in Season 3, the DP brought in a lighting design which echoed the Renaissance paintings of Caravaggio and Rembrandt and deliberately referenced centuries old religious art not just in lighting but in compositions.

“In my photography I wanted to use light to embed iconographic imagery very subtly into the show,” Chressanthis says. “I wanted to craft halos around characters, add delicate glowing sources of light and flare in the frame. With that in mind for S4, I asked Dan and his team to push the halation aspect of the lens much more than I’d done in the past. 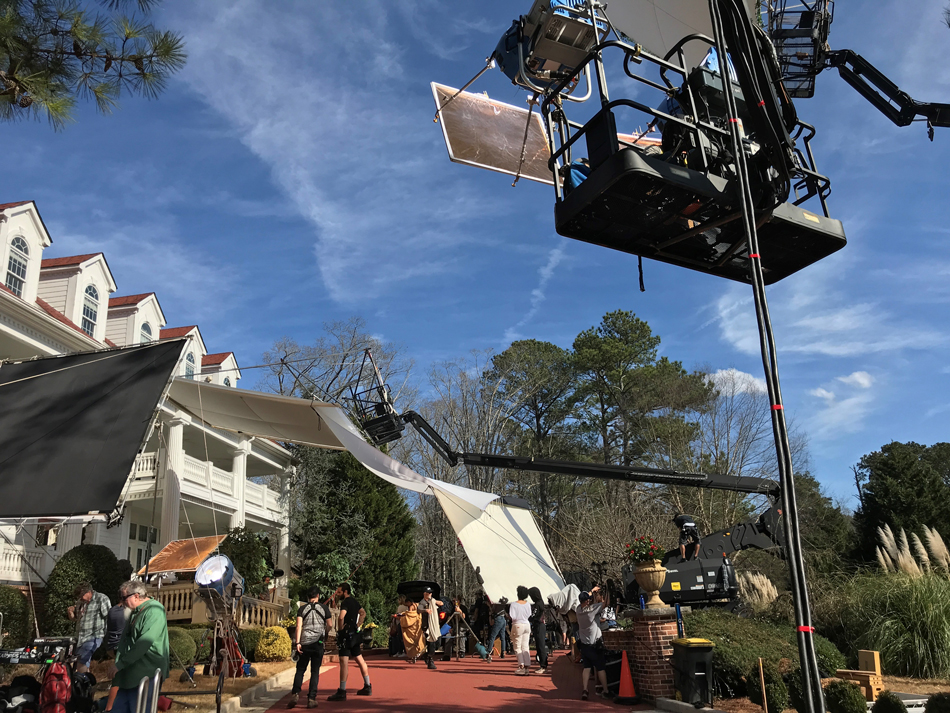 “In addition to a static camera to compare the different looks and lenses, with and without filtration, I shot Steadicam in daylight, going through the fluorescent-lit hallways of Panavision, then traveling into a darkened studio toward an actor looking at an exposed light bulb and finally going 360 degrees around the subject. A real-world camera challenge!”

Having settled on a modified set of Primo Primes from 14.5mm-150mm and everything in between, the artist also wanted the ability to enhance certain scenes with more crispness and contrast. Sasaki also modified a 35mm prime converting it to 32mm which is a lens that Virgo loved in Season 3.

“I wanted the flexibility to use a conventional lens and put a light filter on it,” the DP relates. “For this show I tend to shoot two cameras perpendicular to each other (not sharing the same axis), one often with a different lighting background to the main camera. Ninety percent of the time I am shooting special optic glass but for thematic reasons I might use unmodified glass as an option to render a really difficult contrast or to not have too much flare or just for a cleaner or more clinical feel.”

Light Iron handled the entire post workflow including dailies, beginning with a bespoke adaptation of the DXL film LUT.

“I went back to Michael (Cioni, Panavision and Light Iron SVP, Innovation) and requested he apply the DXL film LUT to the HELIUM. I had some other looks for flashbacks which came into play occasionally, but our secret sauce was the DXL2 Film for HELIUM LUT, which I tweaked with Light Iron Colorist Nick Hasson.

"As a colorist it is refreshing to be involved early on,” notes Hasson. “Jim and I were able to collaborate on the look of the show before dailies began. This helped us in the final grade because we were able to focus on the fine details and not the overall look."

“I felt I got the best skin tones. Many African-American cast members said they had never looked so good,” adds Chressanthis. “In Season 3, we were developing these LUTs and in Season 4 we further refined it so that what I was seeing on set was as close as you could wish to the finished color. That meant that in final color correction, Nick and I could spend most of our time refining and being creative and not repairing anything.”

Chressanthis observes that Season 4 has a more racially diverse cast than in Season 3, including actors Beau Bridges, Jason Davis and Valerie Jane Parker.

with African American actors Deborah Joy Winans and Sean Blakemore. This was a real test of tonal range. But I didn’t need to worry about trying to capture everything as naturalistic as possible since the camera, lens and workflow we’d set up handled this perfectly. The full range between high highlights to deep shadows was beautiful. My flares and halos and Christological iconic references were all captured with delicacy to help bring the show to its emotional, and momentous conclusion.”

Greenleaf is produced for OWN by Lionsgate in association with Harpo Films and Pine City.