In Lieu of Lumon 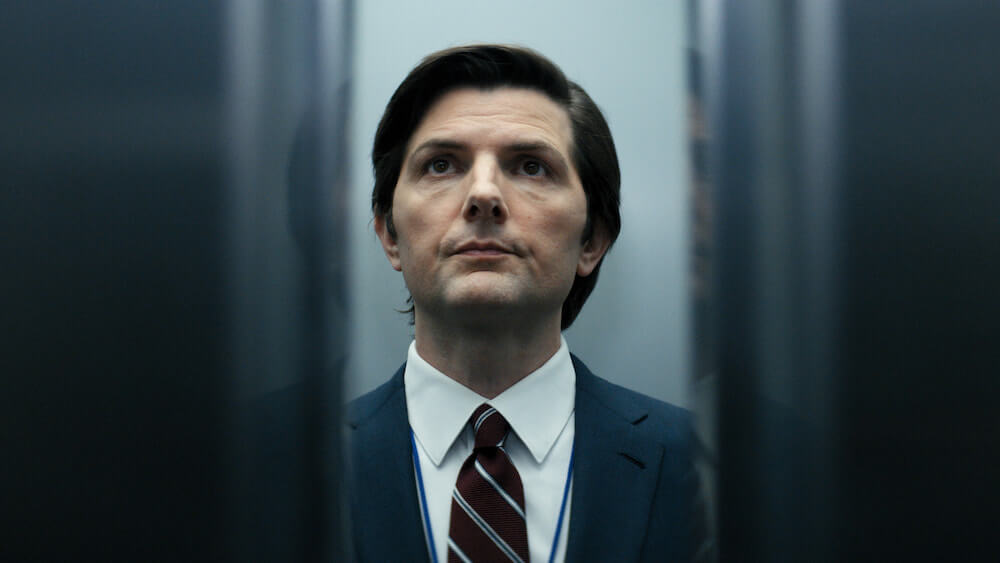 From the eerie calm of Lynne Cohen photographs to the “is it safe” aesthetic of Marathon Man, cinematographer Jessica Lee Gagné has underscored her own creative growth with the visual language of the Apple TV+ hit series Severance. Set amidst deep-seated controversy surrounding a shady corporation known as Lumon, the series finds Mark Scout (played by Adam Scott) navigating two separate worlds each workday. The line between creepy and comedy is blurred masterfully in the series, with photography that perfectly balances its subjects with still life and negative space. Here, Gagné shares her insights into the visual vernacular viewers won’t soon forget.

Panavision: Were there any particular references or inspirations that informed your approach to Severance?

Jessica Lee Gagné: Part of my process is to do a lot of visual research, especially with the help of mood boards. For this show, a book called Office by Lars Tunbjörk was the starting point in my visual research. When I saw it, I had a revelation as to what this show could look like. Another great photographer we loved was Lewis Baltz, especially for his book Sites of Technology. Lynne Cohen’s photography, which I came across while I was studying photography at Concordia, was also influential for our general aesthetic. 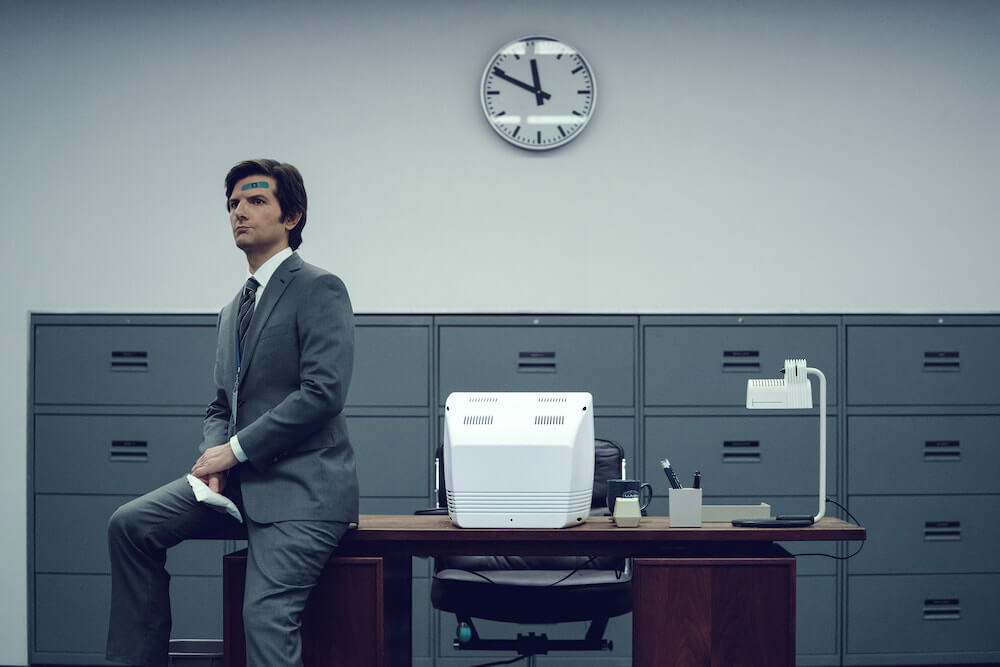 How would you describe the look of the show?

Gagné: Severance takes place in a hyper-realistic, moody world that is located in no particular place and at no particular time. It’s shot in a way that it could almost look like a 1970s film. For the world of the Outies, we were going with a ’70s spy-thriller mood, using longer lenses and a more studio-based aesthetic; for the Innies’ world, we wanted to give a sense of surveillance and paranoia, thus the camera is closer, on wider lenses, and the movements are very robotic and servo-inspired. Both worlds feel cold and alien. We wanted that combination to help the audience feel the uneasiness and strangeness of our world.

You worked with Panavision New York for your camera and lens package. What optical characteristics did you see in the C Series lenses that made them the right match for Severance?

Gagné: The C Series was an obvious choice for the ’70s-style lensing we wanted. Our team’s favorite lens was the C 50, nicknamed ‘the Silver Bullet’ — it was a lush choice for close-ups. The C Series gave us sharpness where we wanted it and softness where we needed it. In our high-contrast set, it was nice to have lenses with a softer edge and avoid the sharpness of modern lensing. 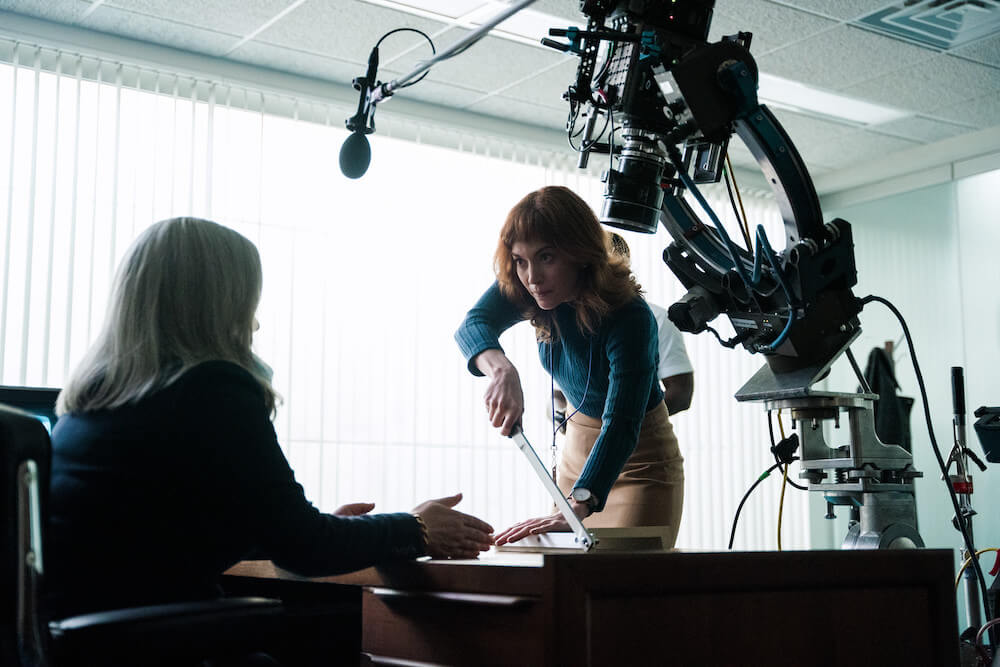 Throughout the years, Panavision has become my go-to place because of how amazing and helpful everyone has been to me. There’s something quite magical about Panavision’s lenses, and I believe that’s a big part of the secret sauce of Severance. I like to come in and pull out all the lenses, anamorphic and spherical, and just see what speaks to me. Finding the right gear is always an interesting, intuitive journey. When I find the right lens and camera, it just clicks.

How did Severance differ from other projects in your career?

The most challenging thing for me was to work in a constantly top-lit office environment. I love working with natural light or being able to create light with a natural feel. I also love doing different looks and setups with lighting over the course of a film or show. So this was particularly daunting initially, but it ended up pushing me to focus on taking the camera movement and composition to another level. Then, when we got to other sets, the gaffer and I did everything in our power to mix it up and try new looks — it really made us appreciate shooting on location. Severance was a great opportunity to grow creatively. 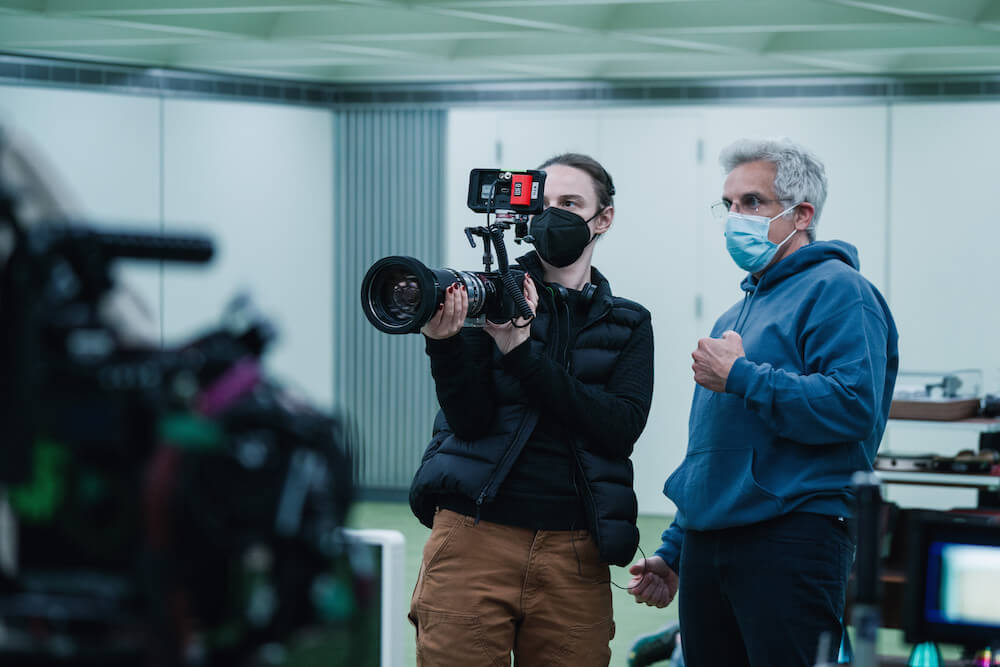 What was your path to becoming a cinematographer? What sparked your interest, and how did you get your start?

Gagné: I grew up working in the video-store world since my dad had several of them. Also, as a family, we would go see movies all the time. So I was pretty immersed in the film-watching world. Then, between the ages of 12 and 16, I really got into photography. I was always the one taking the pictures, and I would always find a way to make movies for school projects. I discovered that I wanted to be a cinematographer a little bit later, while studying at Concordia University in Montreal, where I majored in film and photography. The year after college, I shot my friend's first feature, and it ended up going to Cannes.

What keeps you inspired in your work?

Gagné: There are many things that I like about being a cinematographer. One of them is the happiness and satisfaction I get from the aesthetics that we create together. Being able to come to set every day and create new visual languages and narratives is always exciting to me.

All images courtesy of Apple.