FX's American Horror Story series goes retro for Season 9, back to the heyday of low-budget horror classics of the late 1970s and early 1980s in AHS: 1984. 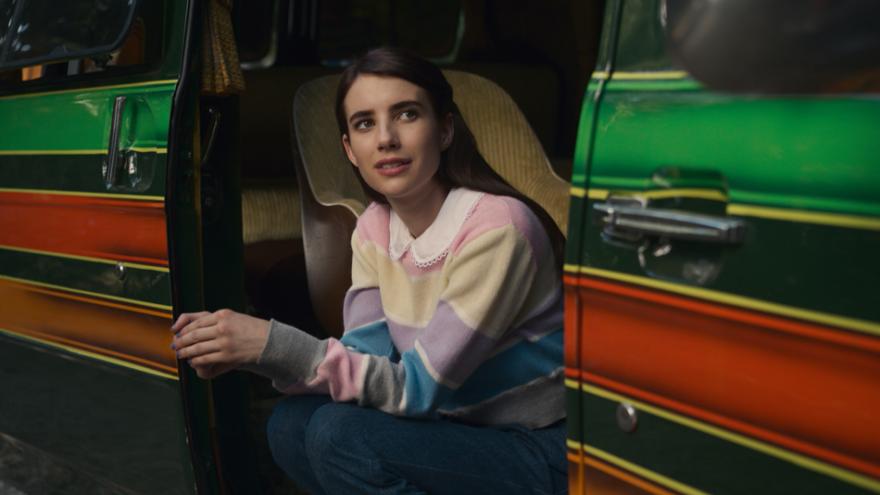 Viewers are introduced to a killer who terrorizes camp counselors, but with a fresh AHS blood injection into all the familiar horror tropes of that era. Slasher films aren't the only thing the AHS production went back to — AHS: 1984 also marks a return to Panavision as the camera service provider. This time, they added Light Iron post to the remix. 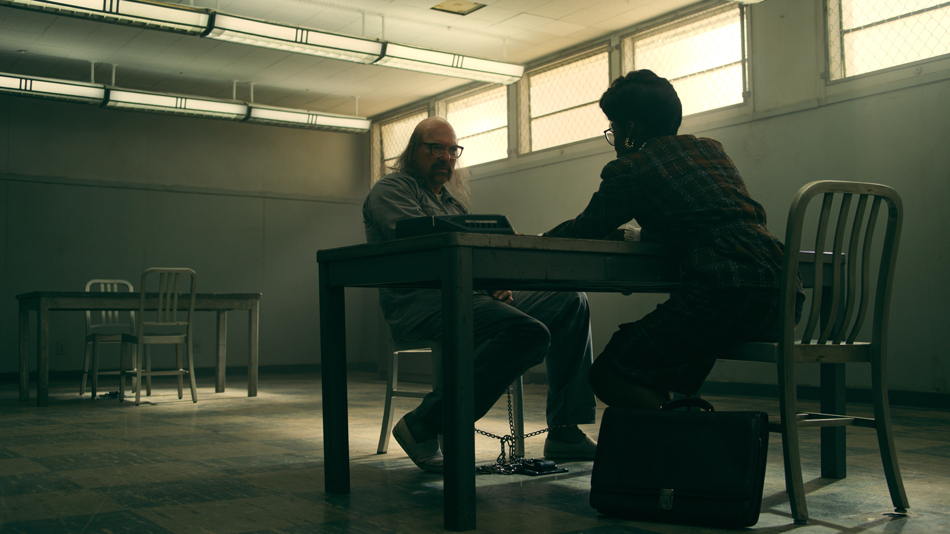 AHS cinematographer Gavin Kelly had just relied on Panavision New York for another series, where he used the Millennium DXL2 and vintage-look H Series lenses for some sequences. “I gave [marketing executive] Mike Carter at Panavision Woodland Hills a heads up that I would want to use Panavision for American Horror Story, because as soon as I heard the concept for Season 9, I knew they had the expertise and the wealth of glass that we wanted,” says Kelly, who joined AHS during the sixth season. “It’s like the entire history of filmmaking can be found in their glass! I definitely wanted to shoot on some older glass for 1984. The H Series lenses offered the right texture and creaminess, evoking a bit of nostalgia with the way focus falls off, and how the light kicks around the elements, flares, and so forth. Their beauty is in all their ‘imperfections,’ which was just perfect for AHS: 1984. In combination with the DXL2 – and really the entire package of Panavision services – it just all made sense.”

The whole pantheon of slasher films from that era served as visual influences—low budget, somewhat rough around the edges, night exteriors a bit underexposed, practicals running hot on a hodgepodge of whatever film stock was available and cheap, and transfers that induce slight color shifts.

“We spent quite a bit of time with Light Iron Colorist Jeremy Sawyer to dial in some looks and LUTs to see how far we wanted to take this in terms of contrast and shifting the color,” recalls Kelly. “The camera, lenses, lighting, and the post color approaches combined to create the specific palettes for the season. We paid close attention to our visual influences throughout the shoot and designed the images accordingly – including bleeding contrast and varying amounts of flare during the day, very dark with thick contrast and dense, cool shadows at night – and not only for a specific 1980s color palate, but also other time period flashbacks throughout the season.” 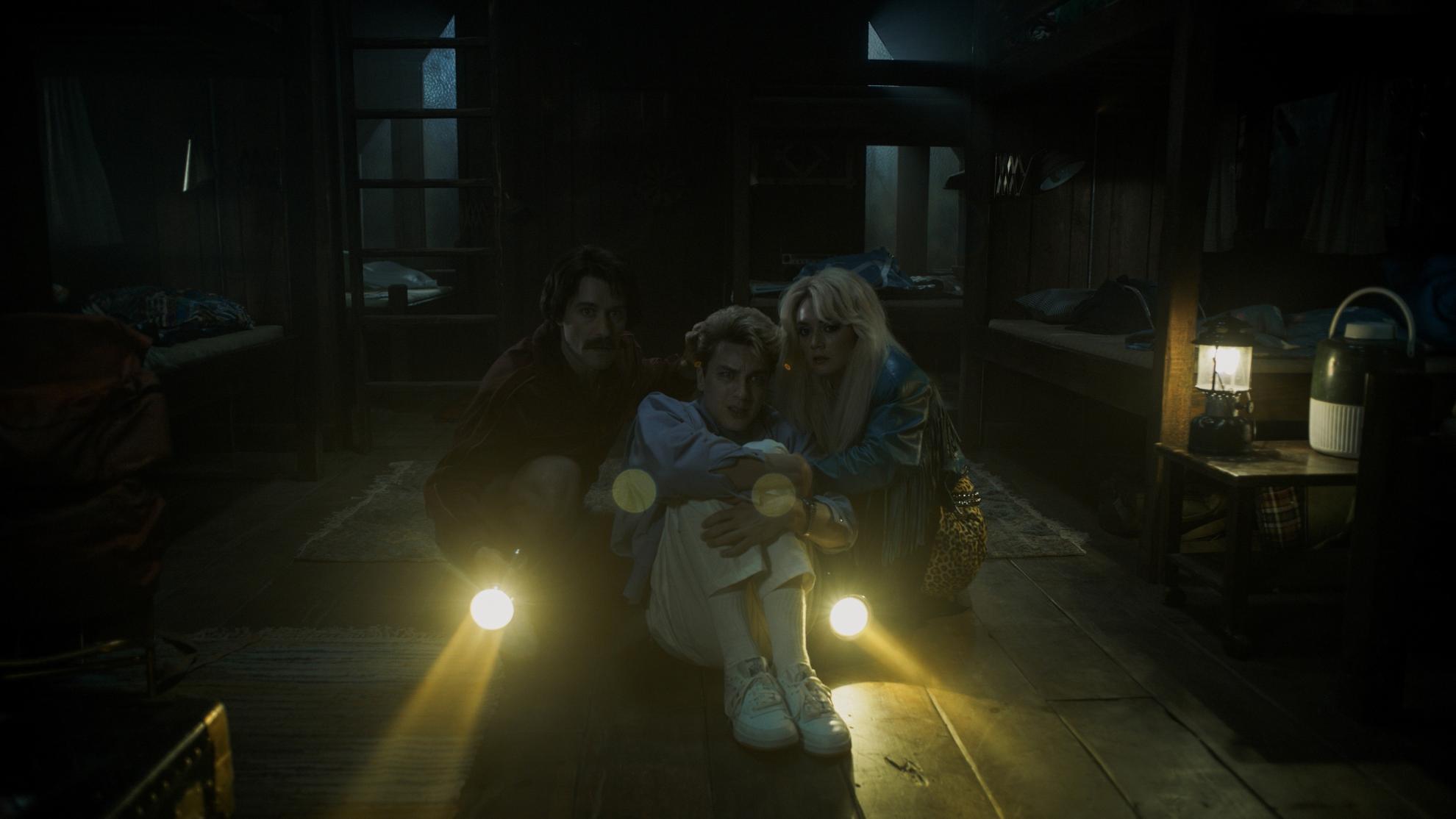 Kelly noted that the large-format sensor of the DXL2 with the H Series lenses yielded a shallow depth of field feel that isolated the subjects while still providing more than enough shadow detail to work with in post. “The DXL2 handily captured scenes with maximum flexibility for us to massage the image later,” he says.

Though the DXL2 can record in 8K raw, FX's specifications called for AHS: 1984 to be captured at 3840x2160 UHD in the ProRes 422 HQ codec and its 4:2:2 color space. Sawyer, who grades the show on DaVinci Resolve 15, notes, “There are no real-world limitations for the FX broadcast in 4:2:2, but there is a noticeable difference with HDR grading in the very brightest and darkest of pixels.”

“For purposes of how we were pushing the look, we did lose some highlight range at the very high end,” Kelly adds. “That said, if I exposed in the right way, I maintained everything to have enough range in post where we could cook things purposefully and emulate a stricter latitude that older film stocks had.” 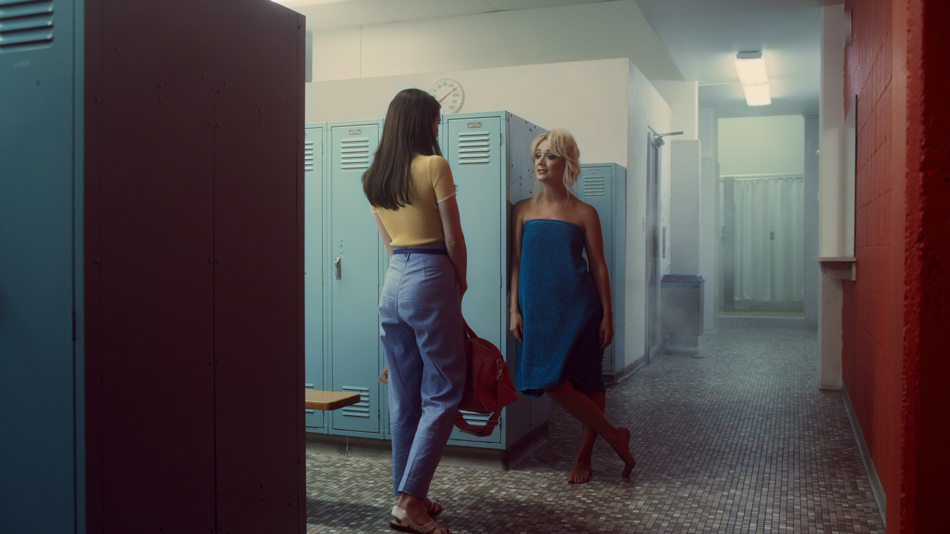 “Gavin is extremely collaborative,” notes Sawyer. “He has a definite vision for his work, but he's happy to see what others can bring to the table too. Combined with his realistic expectations about the schedule, it’s been a joy working on this with him.”

With the extensive amount of night shooting, the show's production schedule can feel compressed, and “sometimes stuff comes up on this show very last minute, so it keeps you on your toes,” Kelly explains. “Mike and the whole Panavision team are great with our special gear requests and the service overall. This is an ambitious show, and everyone at Panavision is on board to help make everything possible. It's great to have that constant support to make AHS: 1984 awesome....” As in, totally awesome.