Creating the Look of Late Night 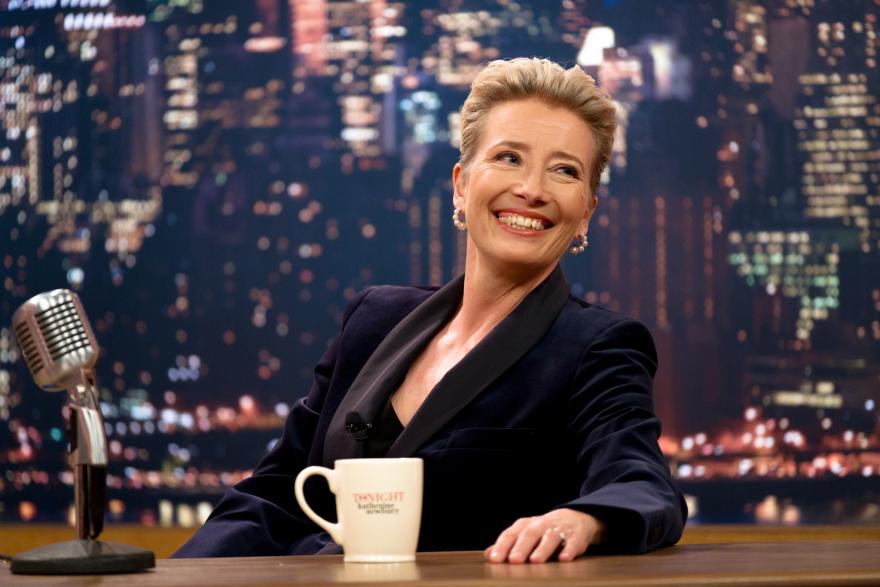 A legendary talk show host employs a young scriptwriter and sparks fly in the new indie feature Late Night, premiering at the Sundance Film Festival. Written by and starring Mindy Kaling, and co-starring Emma Thompson, the set-up depicts them as poles apart in generation and culture, adding further twists in the comedy. 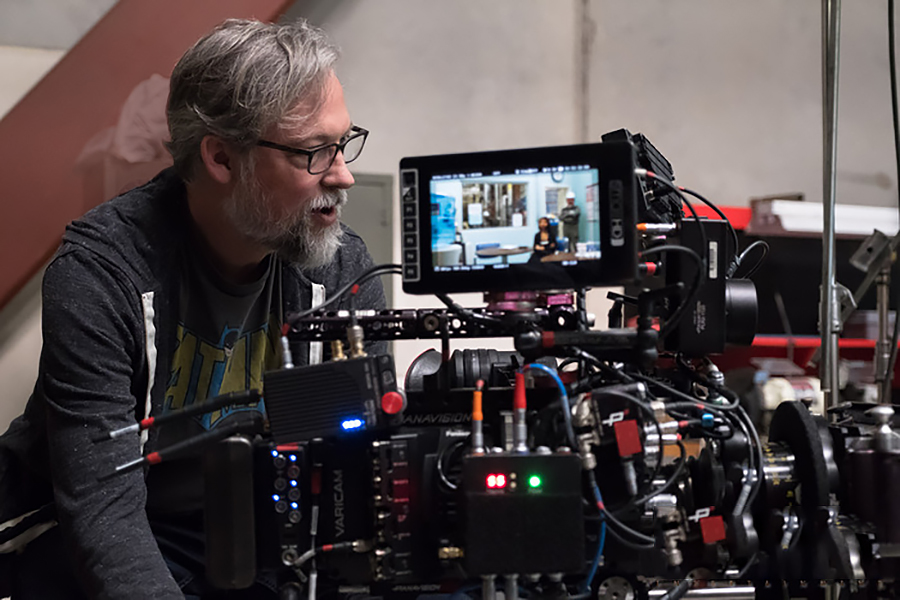 The interplay between the two leads, as well as the desire to convey differences in the characters personalities and environment, led director of photography Matthew Clark to work closely with Panavision and Light Iron, who he had collaborated previously with on Set it Up and Little Evil.

“Director Nisha Ganatra (Transparent) wanted to try and create as naturalistic a world as we could for the actors. That way, they would feel free to play around on set and location,” explains Clark. “I feel that with comedy especially, you want to allow your actors the freedom to move around physically and to improvise in order to find that true comic moment. So, we needed to keep our camera and lighting package small and our sets an open space. To be clear, we weren’t aiming for the natural style of a documentary, but more of a heightened realism.”

The film’s three main locations are given a different tonal look. “The parts of the story which cover Katherine’s (Thompson) personal life at home in a town house in Brooklyn were given an elegant, rich, warm feel to which we added a little smoke haze to create some depth,” notes Clark. “The talk show studio (on a set in a Greenpoint Studio/Warehouse) was crisp and clean with a more neutral feel to it. The writers’ room, which we shot in an office on the 17th floor in a building on Manhattan’s east side, was given a cooler palette, more office or business-like.” 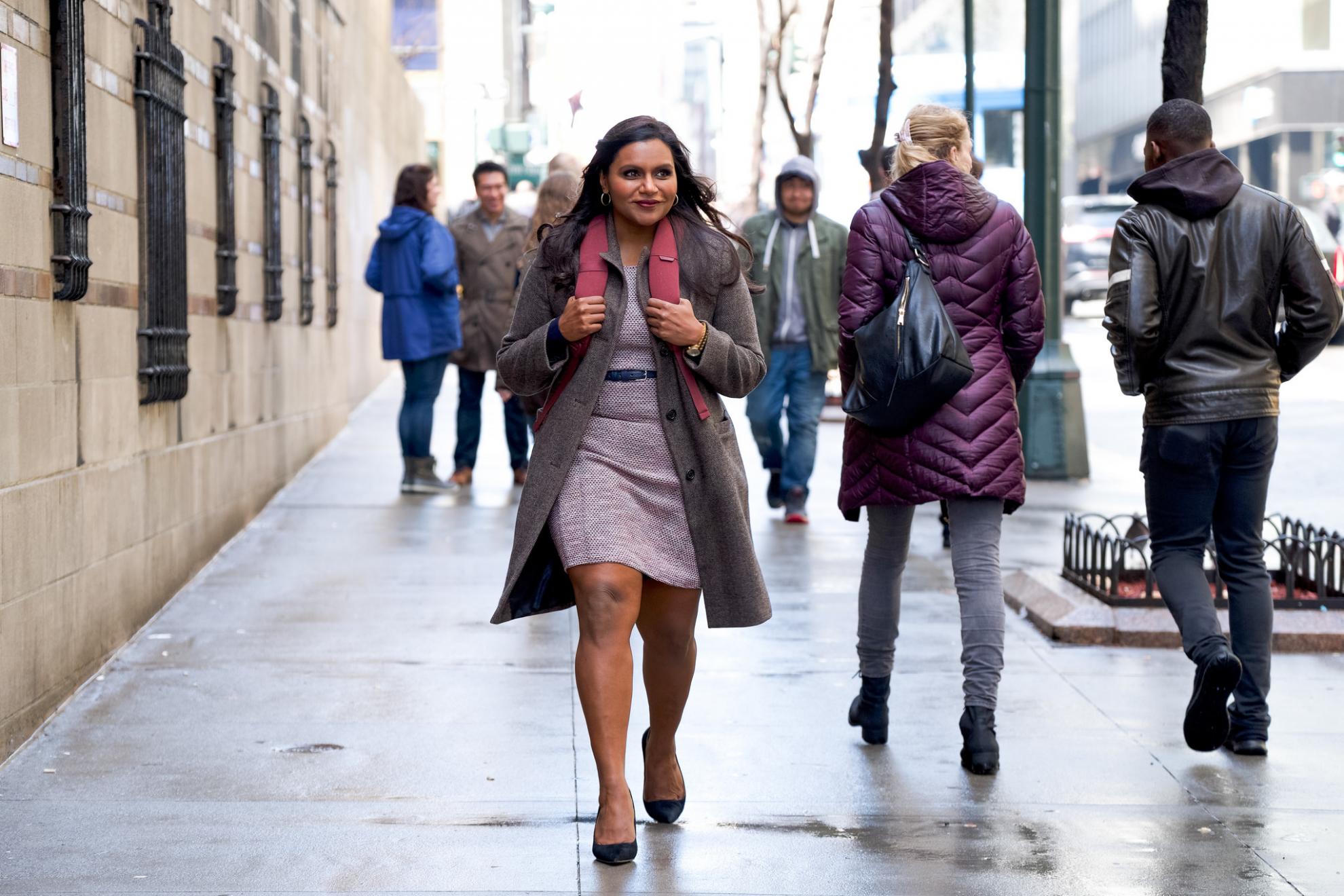 Clark chose a Panasonic VariCam 35 to accommodate a tight budget and 25-day schedule. “Sometimes, we had three or four locations a day. That means you have to move fast. I liked the ability to shoot at 5,000 ISO at night on location. I knew we would have a good base to start. Then, Ken Shibata (gaffer), Tommy Kerwick, Jr. (key grip) and I could use a minimal lighting package and still get our look while working at that speed.”

For lens selection, he visited Panavision in Woodland Hills, and got his pick of ‘70s era Ultra Speeds and Super Speeds. “Dan Sasaki presented me with two tables full of lenses from classic old Primos to new glass. I had the whole place to myself and was able to test shoot a lot of it.”

Clark continues, “I took the tests to Light Iron in Hollywood where colorist Corinne Bogdanowicz and I tried different looks, playing with saturation, shadows, highlights and even adding grain. That color prep really helped us move quickly and seamlessly when the production moved from L.A. to New York for principal photography where I collaborated with Light Iron NY colorist Sean Dunckley.”

“We tried out some pretty stylized filmic emulations, and then adjusted the levels of color in the blacks and highlights to create a more refined look,” notes Bogdanowicz. “The grain tests helped us add some subtle texture to the images.” 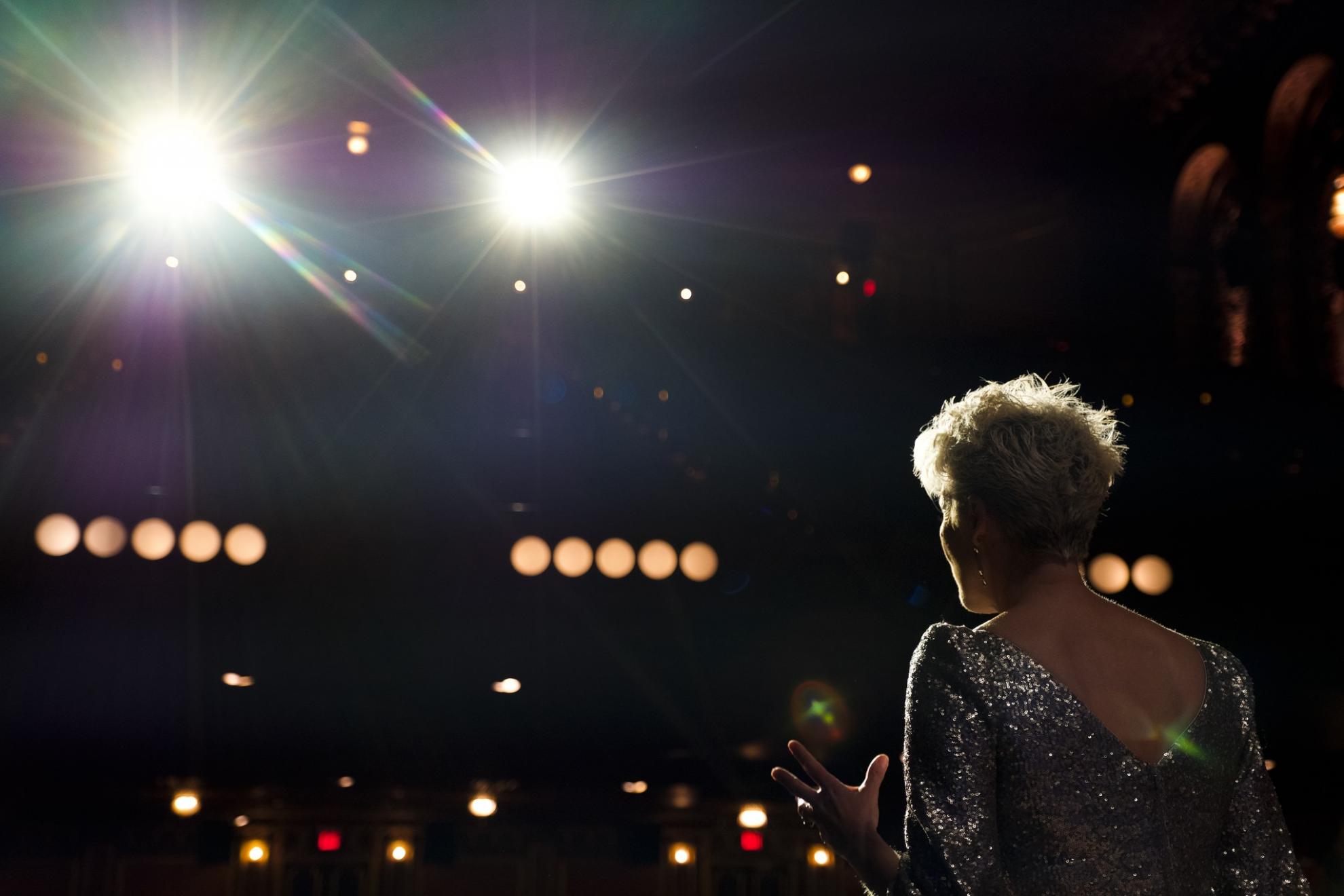 Clark also worked with Light Iron Dailies Colorist Aaron Burns for a couple days to establish a LUT which Dunckley then finessed. “I like to light for the LUT on location and I tend not to change it,” says Clark, “but if needed I will play around with it later. That’s what Sean and I were able to do.”

On finessing that LUT, Dunckley adds, “I worked with Matt to create a LUT that was a bit more dynamic, pushing some cyan into the shadows and smoothing the skin tone colors. The LUT was used for dailies, and because Matt takes the time in pre-production to make the post process easy, we were a step ahead of the game when starting the DI.”

Clark continues, “One of the things you used to be able to do with film was pre-flash the raw stock. This opened up the blacks and allowed you to add color in the shadows depending on the percentage and color of the flash. It’s a way to create an emotional effect. I wanted to do this digitally for our story. So, we mapped out the emotional change as we went through different scenes. The basic narrative arc is that the character’s start out as individuals and wind up working together as a team. So, we start out with colder hues in the office, introducing a steely look in the shadows, and as the story moves forward we minimize blue for more rosy, warm tones with addition of some grain. There’s a big juxtaposition between a scene in Katherine’s bedroom, which is tonally rich, and the next day when she comes into the office and realizes she has to do something to get her job back. It’s not a straight arc from blue to warm but changes according to the scene and context of the scene.”

Lens choices included an 11:1 Primo Zoom – “the tried and trusted workhorse which is still beautiful and very creamy,” Clark says. The older glass he chose helped break down the digital image in the way he wanted. “The coating on the 40 delivers a warm glow which we mostly used for Katherine’s personal world while several of the lenses had this rainbow flare which I felt gave us something different. These lenses are not ‘perfect’ which makes them perfect for this film. The aberrations, the older coatings, and the glass itself is less precise than most contemporary lenses and gives the digital image a softer look with more personality.” 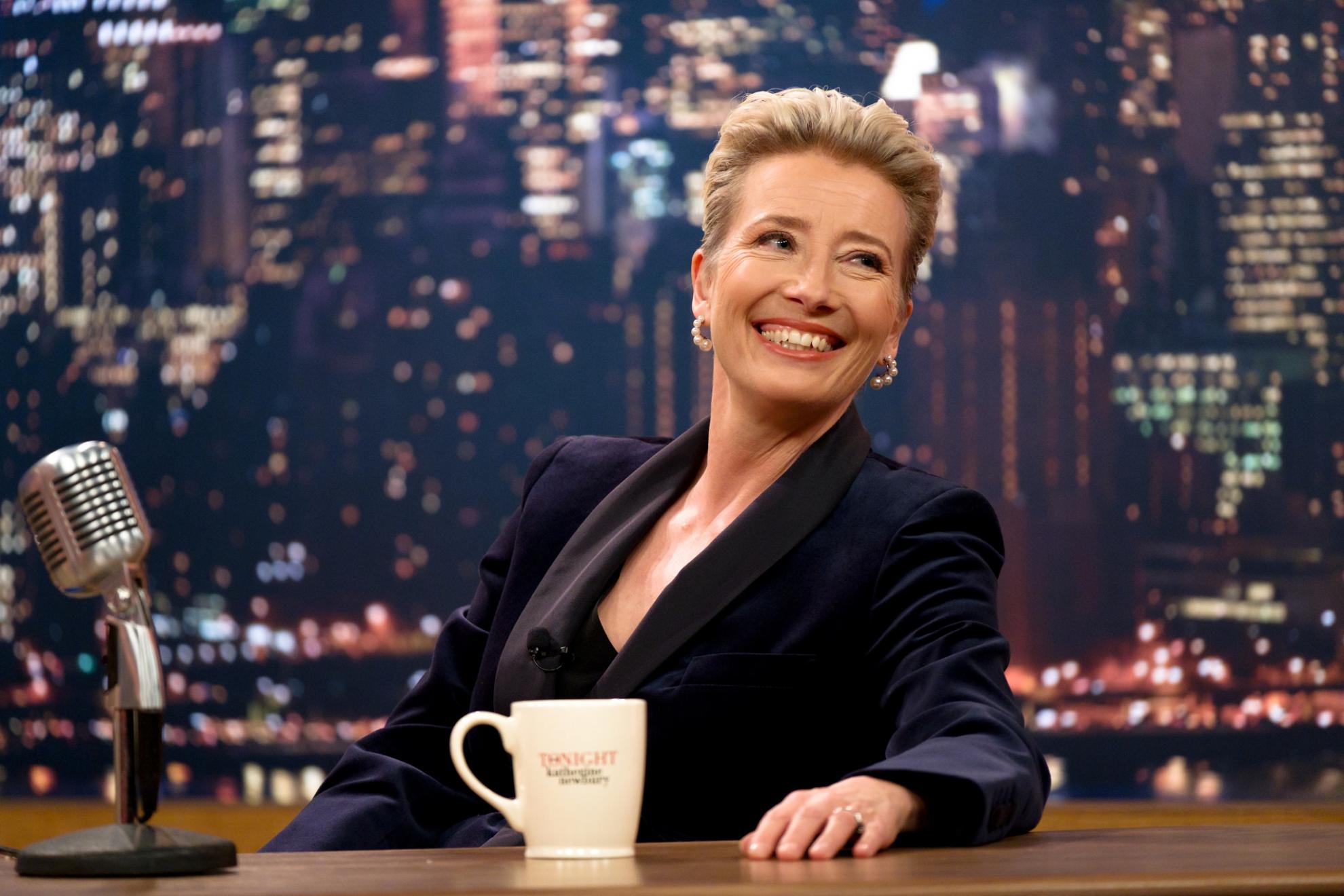 The two-camera, 4K production was lensed mostly on tripods and dollies with some Steadicam and occasional handheld.

“A lot of the time, we were shooting close to wide open, maybe 2-2.8. That’s hard on a 100mm with minimal lighting, so all credit to my A camera AC Pedro Corcega and B cam Adriana Brunetto-Lipman. Pulling focus on a Steadicam moving through a party is not for the faint-hearted. If you don’t have talented people like this on your team then you would have to adjust for them and then it changes your look.”

Following the initial grade, Clark had Dunckley make an HDR pass. “We didn’t shoot for HDR but it was amazing to see what Sean was able to do to adjust for things like clouds in the sky and enhancing depth in the image. It revealed things I didn’t know were there.”

“After the theatrical grade, I used Baselight’s color management to map the project to a 1,000 nit HDR display,” notes Dunckley. “We then worked on contrast and highlights to soften the feel of the image. Overall, it was a really seamless DI process.”