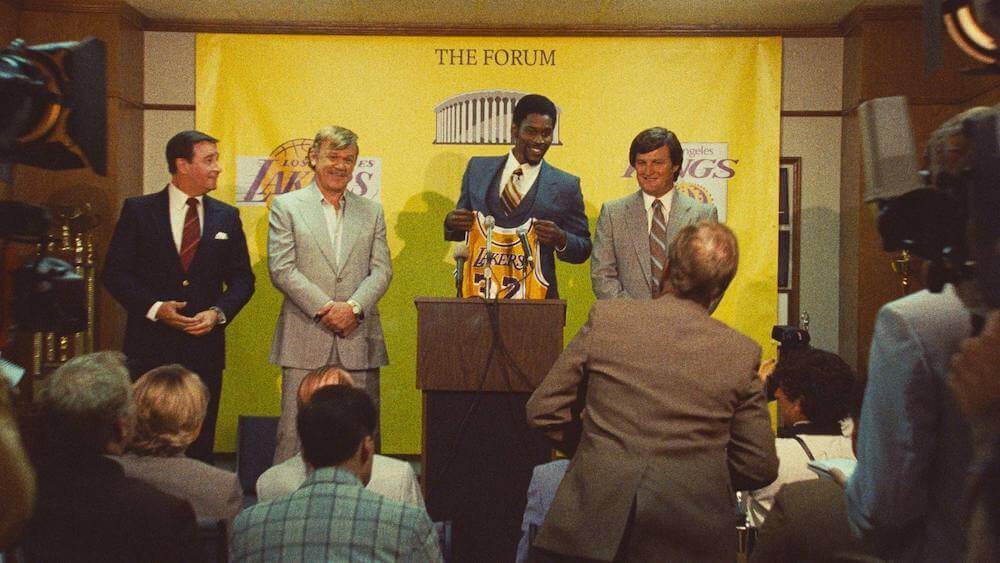 The give-and-go between cinematographers Todd Banhazl and Mihai Malaimare Jr. on the HBO series Winning Time: The Rise of the Lakers Dynasty has been as impressive a display as Kareem and Magic running a pick and roll. Playing to the strengths of multiple formats, the two cinematographers helped transport viewers back in time to the genesis of the showtime Lakers of the 1980s. It took a concerted effort to craft the look of Winning Time, with the story on the screen matched by the tenacity and teamwork behind the camera.

"The line between our footage and the archival footage is so blurry, it makes for an extremely period-accurate piece,” says Malaimare. Describing his experience working with Banhazl, who  served as the series’ lead cinematographer, Malaimare continues, “Todd created a visual bible based on the look of the pilot, and he and I had extensive meetings with writers Max Borenstein and Rodney Barnes to discuss each episode in detail. It was a very carefully planned visual style.” 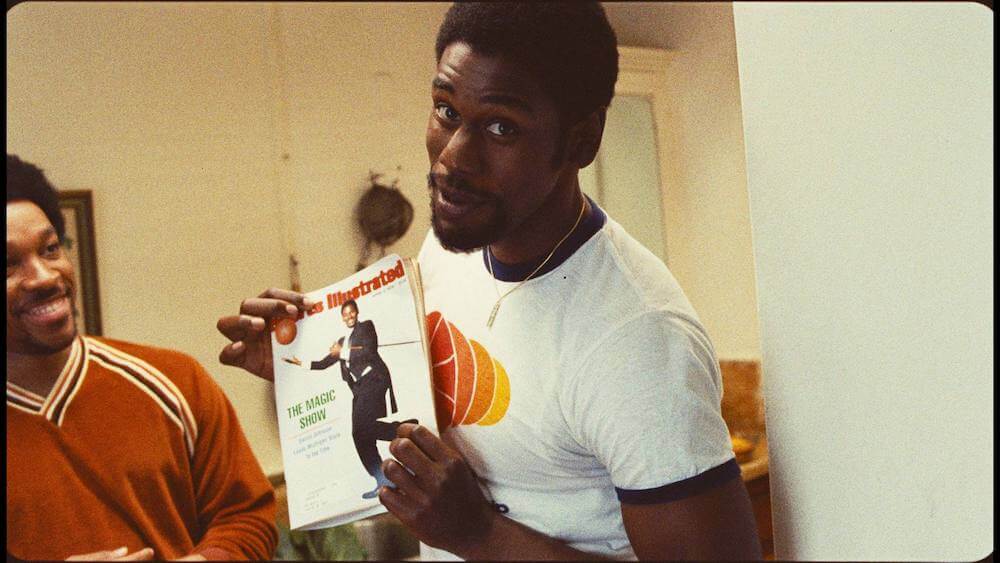 Banhazl shares, “The idea behind the visual style of the show was to create a tapestry of American culture and pop culture in the '60s, '70s and '80s. The hope is that audiences will lose track of what we shot and what was actual archival footage. We wanted it to be grainy, greasy, shiny, vibrant, and have a handmade quality to the texture of the image and to the camerawork itself.

Both cinematographers found inspiration in period photographic styles. “I tend to use stills for references,” Malaimare says, “but I also got a lot of ideas from broadcast games of the era. Also, the opening of Any Given Sunday was a strong reference for capturing certain basketball games.”

Banhazl adds, “We also took cues from all the actual footage that exists of the Lakers in this time period, as well as the dominant advertising looks of the time to attempt to redefine images of the bought and sold American dream.” 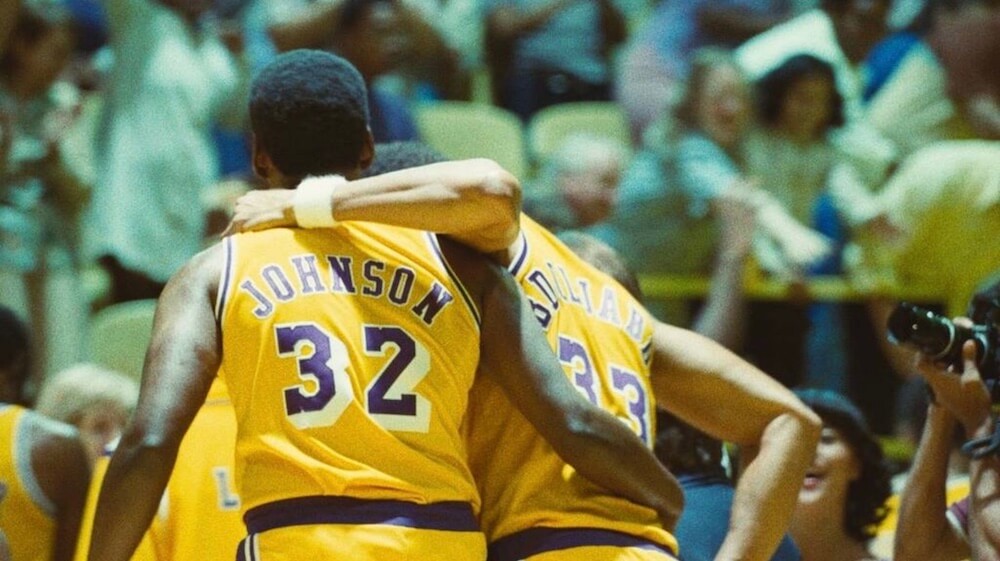 Embracing the early 1980s aesthetic, the cinematographers primarily shot on 35mm film and mixed in Super 16mm, Super 8mm, and even vintage video. “We always knew the show wanted to be shot on film because it would be jumping between real archival footage from the period and our narrative footage,” Banhazl explains. “It felt like using the actual formats would be the most effective and most joyful way to play within those styles and aesthetics."

Asked about shooting the series on film, Malaimare offers, “There is a certain approach that I love. You keep the camera rolling only when it’s really necessary. There is a different level of respect that a film camera demands. The HD video tap of the [Panavision Millennium] XL2 cameras definitely made things easier."

Malaimare credits the decisions that Banhazl and director Adam McKay made with the pilot episode for setting the tone of the subsequent episodes. “Adam and Todd established the look in the pilot, and it made total sense,” Malaimare says. “There were moments where it would’ve been easier for certain scenes to use a smaller digital camera, but I’m glad we resisted that temptation as much as possible.” 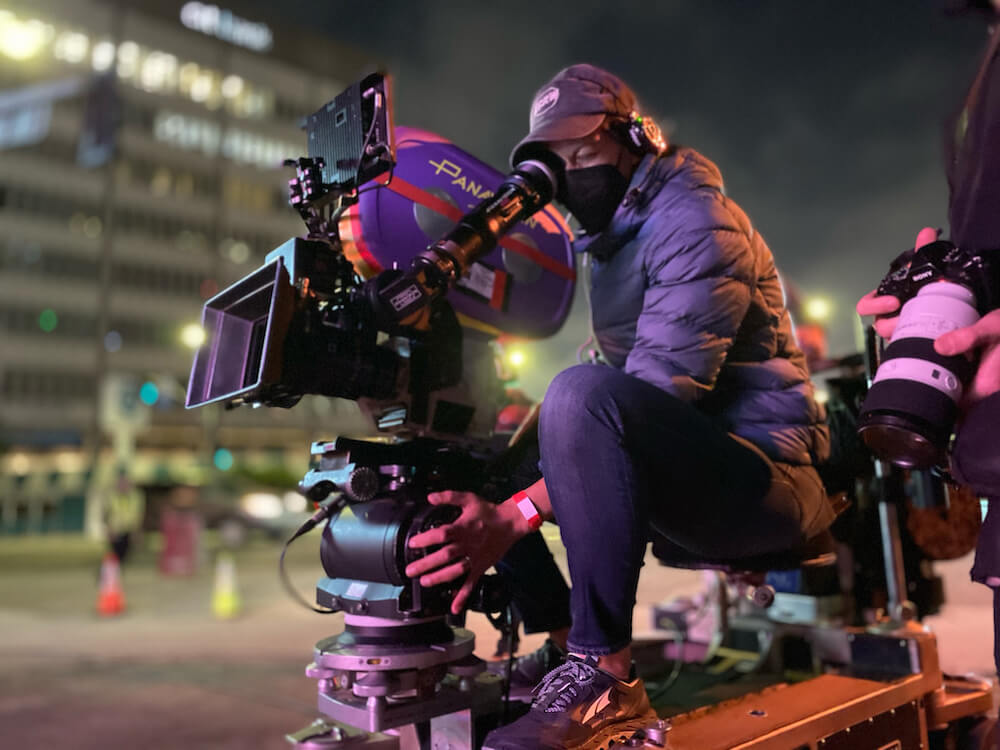 ”Mihai is a brilliant artist and a dear friend, so collaboration was easy,” expresses Banhazl. “We spoke about the visual bible I had created after the pilot, and from there we started trading inspirations and visual references. Each episode demands its own visual flourishes as we jump through different moments in American cultural memory, and Mihai was the perfect collaborator who brought his own ideas and taste to the project while maintaining the overall rather nontraditional style.”

Regarding the cinematographers’ choice of optics, Malaimare notes, “I’m such a Panavision guy. I love the variety of the lenses and the amazing support we get there. I’m usually attracted to old lenses, but we were doing so much to the film — pushing one stop, adding even more grain and gate weave in post — we realized the perfection and consistency of Primo lenses would help us. We did extensive camera tests, trying a variety of old and modern lenses, but we landed on Primo primes in the end.”

“We wanted the image to feel like our collective memory of all our favorite movies of the ‘70s and ‘80s mixed with a documentary edge,” concludes Banhazl. “I originally thought we were going to go with much older vintage glass, but by the time we had done everything photochemically and digitally to our film negative, the image was so degraded that the tried-and-true Primos ended up providing the perfect balance of clean, beautiful contrast mixed with the grainy, softer film look.” 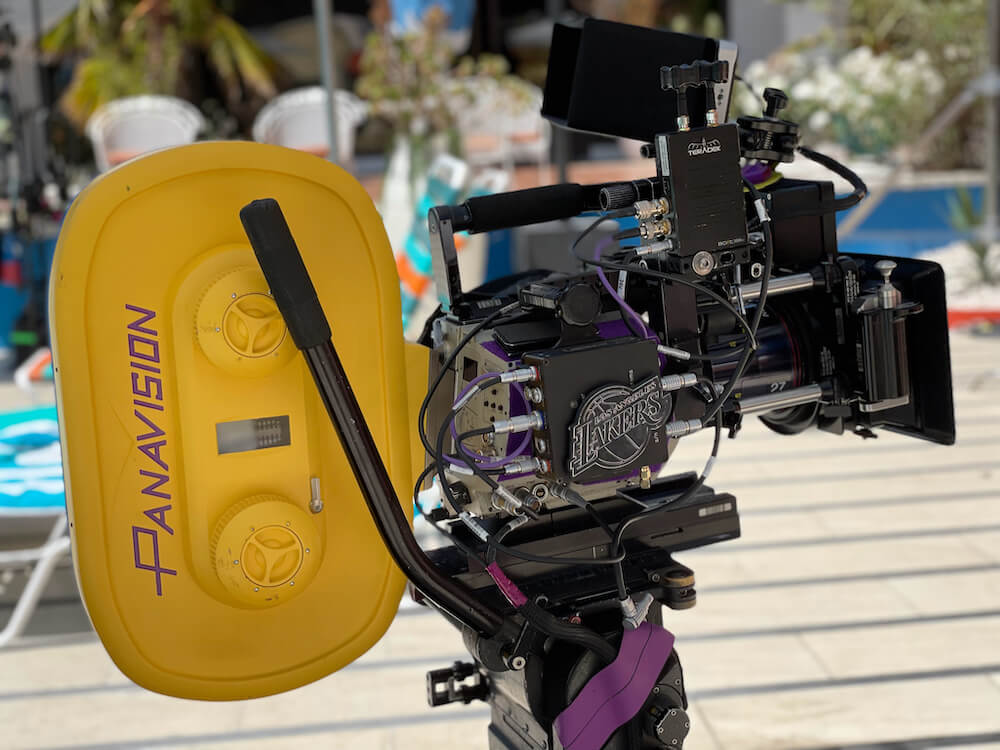 Images courtesy of the filmmakers and HBO.